It was founded in 2015 by Spencer Hickman & Kimberley Holladay. Spencer is the head of music for both Mondo & Death Waltz Recording Co. & Former manager of Rough Trade East & the original founder of Record Store Day UK) Kimberley is an award-winning VFX artist with credits that Godzilla, Ex Machina & Thor, her commercial work includes illustrations for TUK Shoes, Burning Witches Records & Electric Brewing Company. Transmission Record Shop was featured in the ten best record shops in the UK by The Guardian in 2016 and one of the best 30 stores in the world by The Vinyl Factory in 2017. 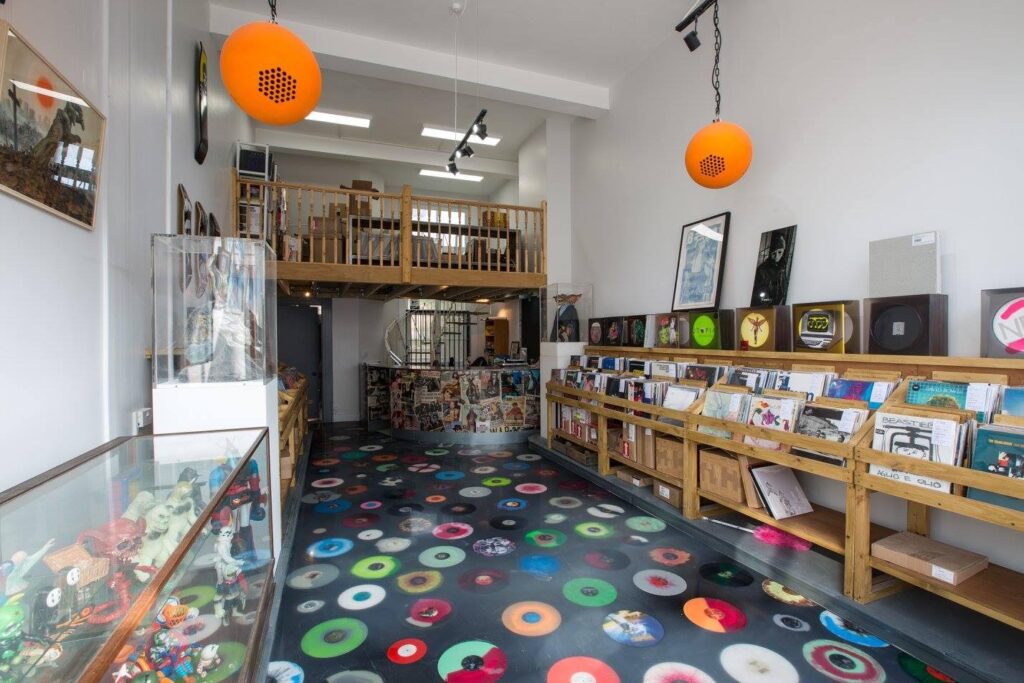